THE PLUS OF ‘TRADERMONI’ – Guide to Nigeria tourism, local culture & investments

If it were to be translated to the English language, ‘TraderMoni’ would have been spelled as Trader Money but from my inference, The Nigerian Pidgin was used to enable the social investment programme by the Federal Government gain more momentum and acceptance in reaching the masses especially grass root petty traders.

This programme is a loan aimed at enhancing the financial status of the target group as mentioned above, and the Bank of Industry executes it as part of the Government’s Enterprise Empowerment Programme (GEEP). The interest-free loan is given in tranches with a startup of N10,000, and if proven creditworthy by paying up the initial, one can climb to the highest rung of its maximum limit which is N100,000. The Federal Government’s projection is to ensure that the loan in no distant time gets disbursed to two million traders and artisan across Nigeria, reaching all the geopolitical zones without anyone having the feeling of being marginalized.
Some dissenting voices have cast stones of condemnation on the programme initiators with an outright perception of smelling a rat. They claim it is a gimmick to vote buying and voter coercion, but how true does this assertion know that it is not mandatory for traders to have Permanent Voters Card (PVC) as a single requirement. Objectively, I believe that the Federal 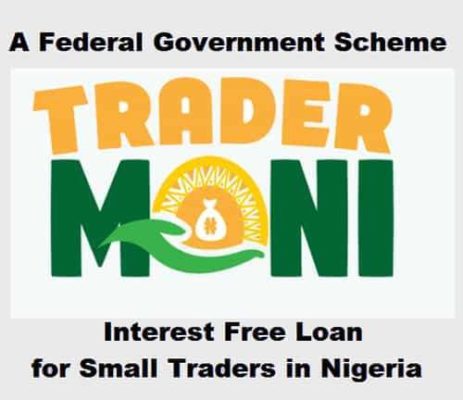 Government’s intention is an act of care, support, financial empowerment with the rippling effect of business growth and boom.

A lot of TraderMoni beneficiaries opine that this government understands where it hurts the most. One Mr. James likened it to a Pastor who runs a ministry without financial aid. Hear him-“the way anointing without money equals annoyance is the way business without capital equals depression, desperation, and frustration. What is the essence of saying you are a trade when the basic tool which is initial capital is not made readily available”?

The government’s introduction of TraderMoni is to break the shackles of poverty in the lives of so many Nigerians who do not despise their days of small beginning and are crippled by start-up capital in the business and to ease the frustrations of many who may not have collaterals before they are given bank loans. Without Bank Verification Number (BVN), the first loan can be accessed. Subsequently, for traders who intend to aim for a higher loan, a bank account, and BVN is a must.
Success stories of this social intervention scheme are in leaps and bounds. What else can a government ask for knowing smiles are put on the lips of some of her citizens through this carefully invented intervention model.